As Chief Deputy of the DeKalb County Sheriff’s Office, Reginald B. Scandrett was responsible for managing all of the agency’s law enforcement operations, which included the DeKalb County Jail Division, Field Division, Court Division, Training Division, and Reserves Division. He retired from the position in June 2019.

Prior to his promotion in August, 2014, Former Chief Deputy Scandrett was Jail Division Commander for four years, heading the state’s largest adult pre-trial detention facility. The 3,800-bed capacity jail houses an average 2,200 persons daily and processes more than 40,000 detainees each year. A career law enforcement officer, Former Chief Scandrett joined the Sheriff’s Office in 1990 as a Detention Officer and was promoted to positions of increasing responsibility over the past 25 years.

During his tenure with the agency, Former Chief Scandrett instituted a number of practices that remain integral to the agency’s operations today. Among them are the annual multi-jurisdictional Operation Safe Streets Task Force (now known as Operation Safe DeKalb), and the Gang Task Force Unit. 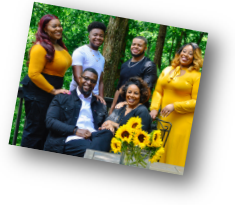 A community-oriented 27-year resident of Henry County, Reginald Scandrett is married to Deidree’, his high school sweetheart.  Together they have two sons and two daughters. Scandrett coached in the Henry County Youth Association Football League for eight years and he volunteered for four years with the Woodland High School Football Boosters and choral clubs. Currently, he is the president of the Summit at Scarborough Homeowners Association.